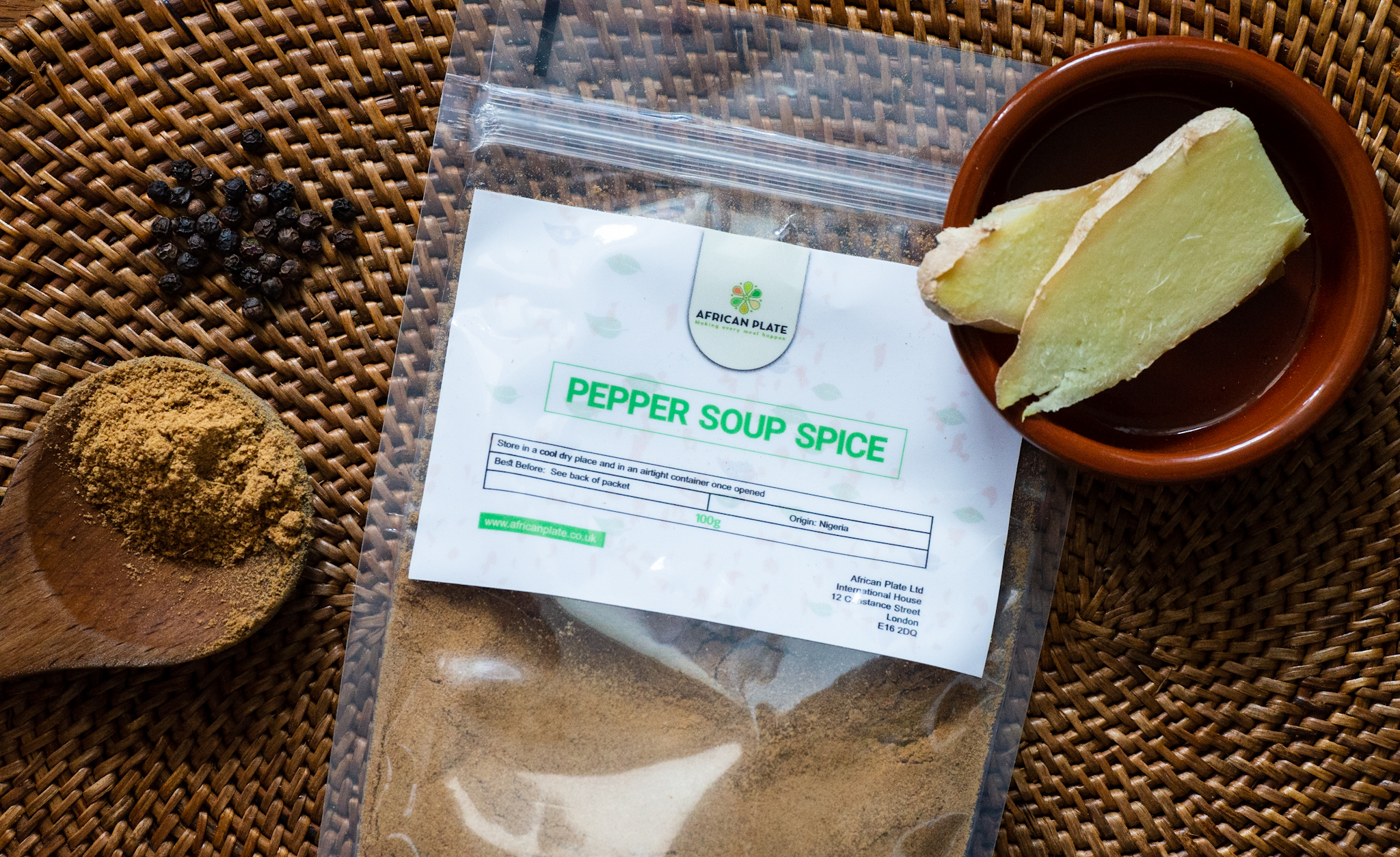 Nigeria is such a melting pot!  With over 500 different languages being spoken and approximately 250 tribes, it shouldn’t be a surprise to discover that it’s food is as diverse as its people.  One dish that cuts across the various ethnic groups is pepper soup.  This rich and tasty dish also has some medicinal benefits as a result of the various seeds and spices that are adding when preparing it.

Here at African Plate our Pepper Soup Spice has had glowing reviews as a result of its authenticity.  For those of us in the diaspora, it can often be difficult to get that real ‘home taste’.  So African Plate makes it our duty to source all of our spice ingredients direct from the farmers, blend them together lovingly and ensure that the package you eventually purchase contains nothing but the best – there are no added nasties.

Our Pepper Soup Spice contains African nutmeg (monodora myristica).  Nutmeg is called arigo in Ijaw, ehuru in Ibo, iwo in Itsekiri, ariwo in Yoruba and gujiya dan miya in Hausa.  The seeds are obtained from inside a large round fruit, and are then dried for marketing.  We open the seed and remove the inner nut.  These are then roasted over an open flame for a few seconds before being ground and added to our spice blend.  The best place to source African nutmeg is in the Delta and surrounding areas.  Fun facts are that aside from an ingredient in cooking, it can also be used as painkiller, a liniment or as a fragrance in cosmetics.

To continue our language lesson, another ingredient in our Pepper Soup Spice is African black pepper (piper nigrum).  It is called iyere in Yoruba, ada in Efik and oziza in Ibo.  The small black seeds are dried before being added to our spice blend.  It’s not dissimilar to the ground black/white pepper available in the Western world.