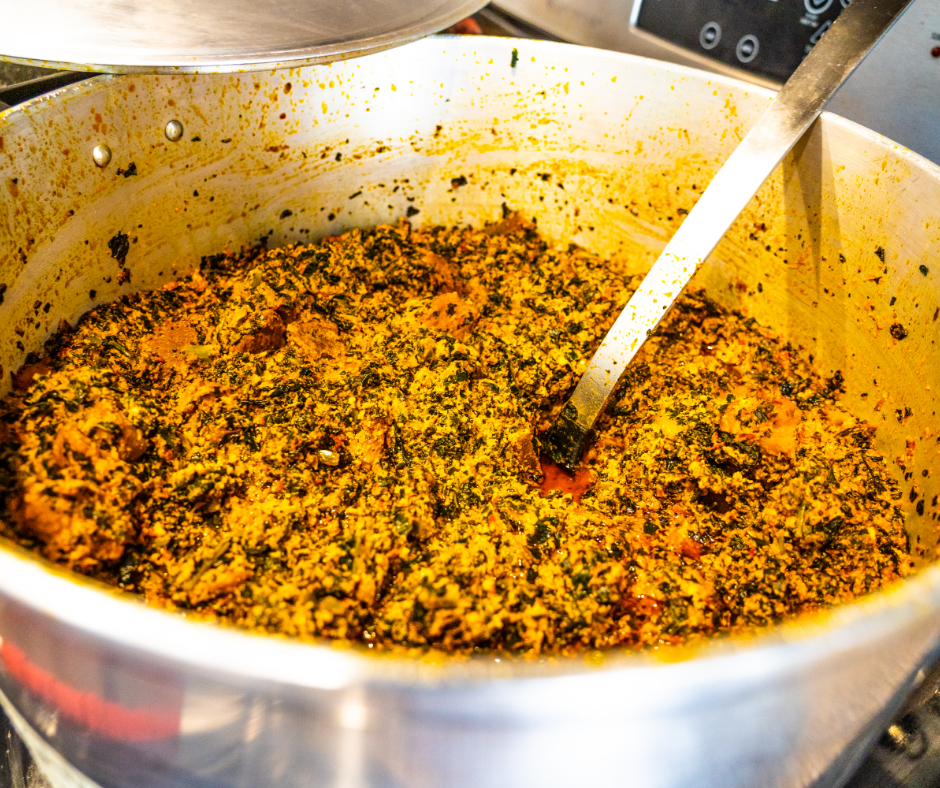 Africa has an abundance of herbs that are widely used in cooking.  Here is some background to a few of them and their common uses.

AFRICAN LEMON GRASS:  This easily cultivated herb is known as koko oba in Yoruba, achara ehi in Ibo, ikonti in Efik and myoyaka in Ibibio.  It is commonly used for making tea and in some Delta pepper soups and pottages.  It is also a deterrent to the tsetse fly and snakes.

AFZELIA BELLA BELLA:  This herb is known as ule ule in Ibo.  The fermented leaves of this plant are added to boiling yam to give it a wonderful aroma and flavour.

BELETIENTIEN: This herb is widely used in Itsekiri land.  It is usually purchased dried and ground and is sprinkled over Banga soup when cooking.

BITTER LEAF:  This large shrub (known as etido in Efik), which only grows in the tropics, is botanically related to lettuce, chicory and daisies.  To remove most of the bitterness in the leaves, they are usually crushed and washed thoroughly.  Bitter leaf is used as a vegetable in soups, often with egusi.  It gives a bitter, mildly astringent quality to the dish.

TEA BUSH:  Tea bush stems from the same botanical family as thyme, oregano, marjoram, sage, rosemary and lavender.  This pungent herb (called efinrin in Yoruba and ihiri in Benin) produces fresh leaves which are used in a variety of ways.  In the Delta region they are used in pepper soups and pottages, in Kwara they are used for egusi soup, in Igalla land they are used as a vegetable and in other areas they are used raw in salads.  These leaves are widely believed to aid digestion and can be applied to stop the blood flowing in the case of nose bleeds.

PARTMINGER:  Commonly known as curry leaf in Nigeria, this is what is known as basil in the western world.